This is Ivan, an 81 year old Ukranian man I met in Kyiv.  Sitting along the banks of the Dnieper river, Ivan caught my attention as he paced up and down on a pole in the heart of an outdoor gym.  He was a man of contrasts, his white hair a luminous beacon, signalling to others his presence in the afternoon sun. Reaching the end of the balancing pole, I watched him spin on his baby blue, fluorescent yellow soled shoes.  He’d compose himself, raise his arms, then repeat the journey to the otherside. Such a unique looking character, he looked like he had an interesting story to tell and I wanted to hear it.

I waited for him to reach one end of the pole before I asked if I could take his photo.  He was very receptive to the offer, I used the universal signal of gesturing to my camera to ask for his permission. It’s kind of similar to when you ask for the bill and scrawl in the air with your fingers, everyone understands what you are asking for. I took a few photos of him balancing on the pole and showed him the results. After looking at the images he fixed his focus on me and placed his hand on his chest and kept repeating a phrase with the word “zubuy” in it.  I thought he was introducing himself so naturally I reciprocated and touched my chest and repeated my name several times. I felt like he had more that he wanted to say to me but the communication barrier was impeding the conversation. 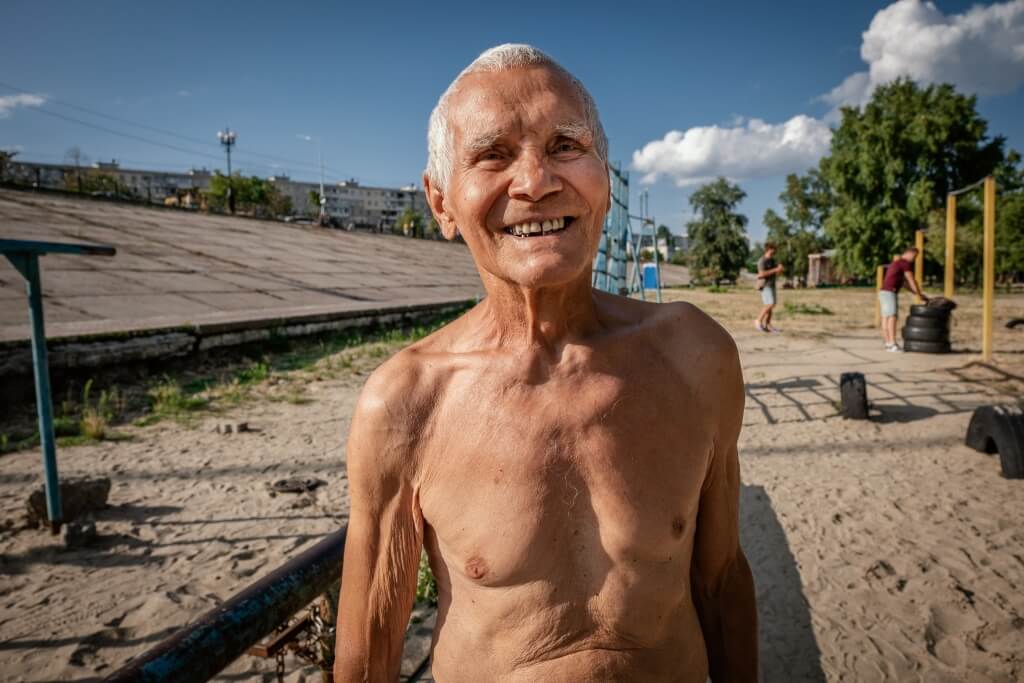 In these situations usually I don’t have anyone around to help me translate but I was lucky enough to have a friend Nataliia on hand to translate for me. She had overheard our previous conversation and told me that Ivan was saying that he was embarrassed about his teeth which I had confused with him introducing himself.  I told Nataliia that I thought he was telling me his name, we both laughed. Ivan started to tell his story, I scribbled notes as she listened and relayed his story to me in English. Every day he comes down to the river banks to workout. His regime consists of practicing the five Tibetan Rites, also known as the “Fountain of Youth.  The first of which he explained was spinning around 21 times, which he had mastered and now didn’t get dizzy anymore from doing so.  The other exercise he performed was walking up and down on the pole 30 times. I saw him also doing some stretching in between the balancing exercise, he’d throw his leg up over a pole and bent forward.   He didn’t seem to have a schedule as to when he performed his routine, I guess it was just dependent on the weather as to when he would come down to the makeshift gym. 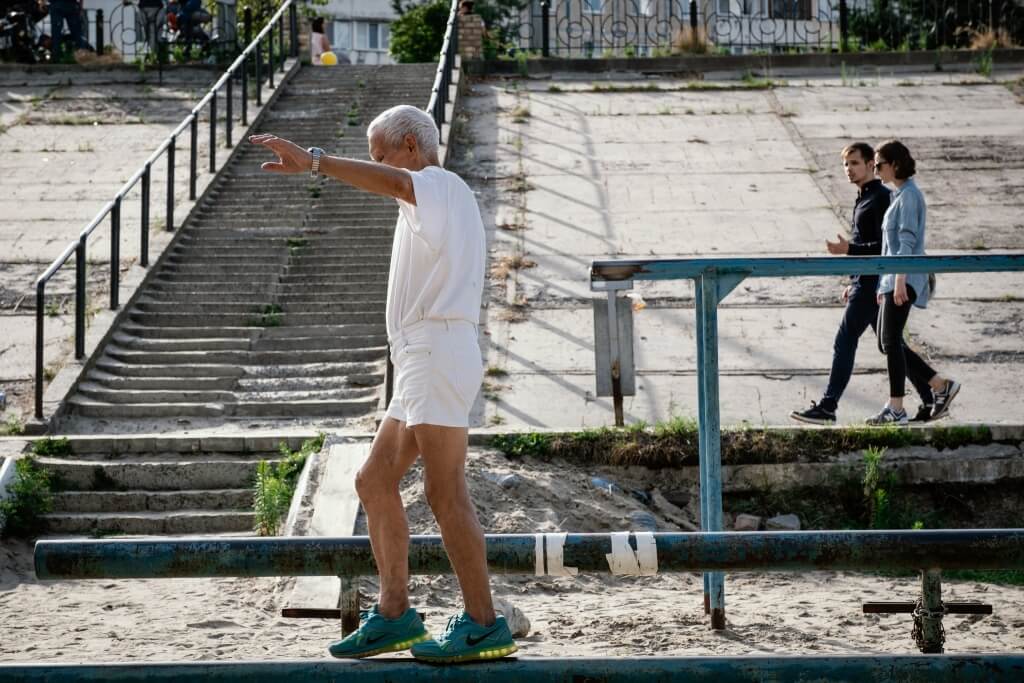 After finishing his workout explanation, he told us that when he travels on the metro he doesn’t hold onto the bar to balance himself.  Instead, he demonstrated in front us, that he firmly plants his feet in a stance that keeps him stable despite the jostling train. “It’s never too late to start on this path” he explained. “Even if you’re 70 it’s not too late to start”. When he gets onto the train, younger people get up to offer him their seat but he refuses their offer.  “I don’t not need their charity” he proudly declares, “I’m more than capable of supporting myself”. Adding to this he stated that he did not feel like he was 81, and that he would compare himself to other younger commuters who relied on the bar to stabilize themselves. He was certainly proud of this ability. “The human body has huge potential.” he exclaimed.  “If you have a purpose, then you can achieve whatever it is you want in life”.

I was so gracious to have Nataliia by my side to hear his story, looking at this photo now and reading over the transcript, I feel truly inspired to live a life like Ivan. Never give up, don’t become complacent, dream your dreams and take action. I you ever need proof of the power of the human spirit then Ivan is a living example of this. Forget about Hollywood and reality TV show celebrities, this is what a real role model looks like.  In 40 years time I want to be smiling, shirtless and surfing the metro with no hands like Ivan. 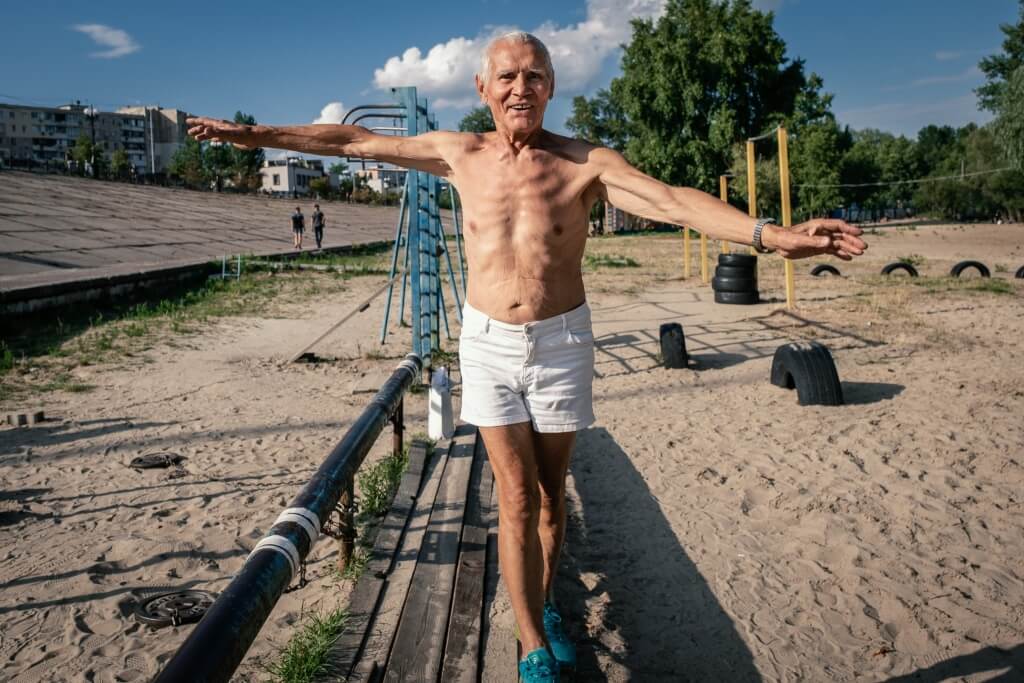